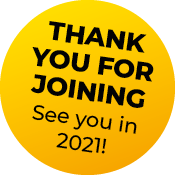 Nobody wants to work with legacy code! Nevertheless, a large part of us does just that. Michael Feathers has defined it painfully well: “Legacy code is code without testing. No matter how old or clean it is and no matter who wrote it. With the rapid increase in front-end complexity, testing has become a necessity much more quickly than a matter of course. That’s why they are now everywhere: grown software systems without tests in the frontend. Legacy code that not only runs in production, but wants to be developed further. In her talk, Mirjam tells you how her team had to face this dragon and followed up with a test suite for a 40,000 lines of code react app.