From “Hello, World” and beyond 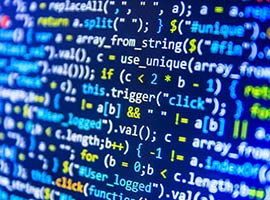 JavaScript is one of the world’s most popular languages. In this article, Kostadin Hamanov gives us a quick overview of some of its most notable characteristics as well as some code examples for beginners and experts alike.

When it comes to programming languages it is worth mentioning JavaScript, which has become one of the most popular and used languages nowadays. The main purpose of this article is to give you a quick overview of its most noticeable characteristics. Thus, it is very suitable for junior programmers who have just started their career as well as for experienced developers who want to brush up their knowledge while they have a cup of coffee in the morning. We have no time to waste, so let’s dive into the world of JavaScript.

Briefly, it is a powerful language used for programming on the web. While HTML and CSS take care for defining the content skeleton of the web page and specifying its layout respectively, JavaScript is responsible for programming its behavior. It is a high-level interpreted runtime language that supports imperative, object-oriented and functional programming styles. It was created in 1995 by Brendan Eich. Soon, in 1997 it was standardized in the ECMAScript language specification

I will begin with the well-established tradition of acquaintance with a new programming language, namely how to write Hello World. You can display this message in the following ways:

You can also write these statements in two places:

Visit our iJS ’17 Sessions with a focus on JavaScript/ECMAScript

→ SonarJS: a static Tool to detect Runtime Exceptions in JavaScript

All About JavaScript/ECMAScript at iJS ’17

In this section, I will talk about the most common mistakes people usually make and how to avoid them.

One of the most noticeable quirks of JavaScript is that it does not create a new scope for each code block. Consider the following code:

Most of the experienced developers will say that the output would be null, undefined or an error. All of them are wrong, although this is true in many other languages. The actual output for the i variable is 10. This is so because the scope of the variable is not restricted to the for loop scope and its value remains as it was during the last loop iteration. You can solve this problem by using the let keyword instead of var. It will overcome the upper problem and the code will acts as it is in many languages. You can find more information about let here.

Undefined is not null

JavaScript uses both undefined and not null, but they are used in different context. Null is default value for objects, while undefined is for variables and properties. For an object to be null, it must be defined, otherwise it will be undefined. The following code depicts this case.

Unlike some other languages, JavaScript has an additional operator for comparison – = = =. The basic difference between = = and = = = is called type coercion (More information: here). Shortly, it means that when the operands of an operator are different types, one of them will be converted according to ECMA-262 specification.

When you use ==, values may be considered equal, even if they are different types, since the operator will force coercion of one or both operators into a single type before performing a comparison. For example:

However, if you use the non-converting comparison operator = = =, no conversion occurs. In other words, it only compares the values when they are of the same type. If the operands are of different types the answer is always false.

“This” keyword is one of the strangest and confusing things for both new and skilled JavaScript developers. In JavaScript ‘this‘ is the current execution context of a function. It is a reference to the object which calls the function.
Consider the following example:

Can you imagine if you had to search for data in a text and to have something to describe what you are searching for? As you already know, regular expressions will do a great job for your task. They are patterns (sequence of characters) used to match character combinations in strings. This sequence forms a search pattern which can be used for operations like text search and replace.

You can create regular expressions in two ways:

In the first example /dreamix/i is a regular expression, dreamix is a pattern which is used in the search and i is a modifier (modifies the search to be case-insensitive).

You must have noticed the “ modifier ” word in the previous bullet. Modifiers are used to perform different type of searching. (For example: i – case-insensitive matching; g – all matches without stopping after the first match; m – multiline matching)

Also, there are special characters that have special value when they are used in regular expression. You can check their full list for better understanding.

There are two sets of methods to deal with regular expressions. The first set is composed by so called String methods – match(), replace(), search(), and split(). The second one consists of test() and exec() and are used with RegExp. Examples:

If you are interested in regular expressions you can check the following pages at the Mozilla Development network on RegExo and Regular Expressions for more details.

Do you know that the data which is exchanged between a client (web-browser) and a server can only be text? Did you remember that there is a flexible format which can convert any JavaScript object into text and send it to server, and vice versa. The solution here is JSON (JavaScript Object Notation). It is a file format for transmitting data which is built on two structures:

As you see from the example above all of the keys and string values are put in double quotes. The values must be only String, Number, Object, Array, true, false or null.

Note that JSON.stringify(obj) function is used for converting a JavaScript object into a string following JSON notation.

In this case JSON.parse(json) is used for converting a JSON string to a valid JavaScript object. The main benefit of JSON is that it is a platform and language independent. It is easy for machines to generate to parse it and for people to read or edit it. It is more useful than XML, because JSON can be parsed by a simple JS function, while you will need a XML parser for XML. What is more, JSON is shorter, does not use tags and it is quicker to read and understand.

In general, the strength of a programming language comes from all of its plugins and libraries which are developed for it. In JavaScript, there are great amounts and most of them are useful and offer lightweight and problem-solving solutions that make the web development process much easier and faster for every JS developer.

Leaflet.js is an open-source JavaScript library for mobile-friendly interactive maps. It uses OpenLayers and the Google Maps API and it has become one of the most popular JavaScript mapping libraries and is used by major web sites such as FourSquare, Pinterest and Flickr. More Information and examples: http://leafletjs.com.

Chart.js is a powerful library, which is responsible for rendering different types of charts in the browser. It is perfect for small projects – when you need clean and elegant javascript charts. It includes 6 core chart types (line, bar, radar, polar, pie and doughnut), separated in modules. This means that you can load only the module you need. The entire chart is responsive. More Information: http://www.chartjs.org and https://github.com/chartjs/Chart.js.

Flexdatalist is a jQuery plugin for creating autocomplete input fields with support for . It has a clear UI and it is easy to implement. For more information and examples: GitHub repository of Flexdatalist and http://projects.sergiodinislopes.pt/flexdatalist/.

Tabulator is an easy to use interactive table generation plugin for jQuery. It allows you to create interactive tables in seconds from any HTML Table, Javascript Array, AJAX data source or JSON formatted data. It comes with a complete set of CSS classes to make a perfect styling. For more information and examples: http://olifolkerd.github.io/tabulator/.

Marginotes takes your jQuery selection and adds notes to the margin with the text provided in HTML attributes. If you don’t want to use jQuery, there’s also a version of marginotes without it. Examples and source code: https://github.com/fdansv/marginotes.

Philter is a JS plugin giving you the power to control CSS filters with HTML attributes. It is available as either a jQuery plugin or as vanilla JavaScript. For examples visit its official site.

D3.js is a library for producing dynamic, interactive data visualizations in web browsers. It helps you bring data to life using HTML, SVG, and CSS. The latest version changed the monolithic conception and it is separated to multiple modules that can be included in case you need one or more of them. More information and examples: https://d3js.org and https://github.com/d3/d3/wiki/Gallery.

As you can guess this is not the full list of all JS libraries and plugins. It is just a quick overview of some of them and the things they can do.
In addition here’s a short list of more libraries:

You can also find more informations in the article The ultimate JavaScript Plugin Cheat Sheet.

While we have to come to the end of the JavaScript cheat sheet, this definitely does not mean that I have told everything about the language characteristics, libraries or mistakes. There are so many to cover and we only had time for a quick overview. I hope you learned something new which will be helpful for your everyday work.

Discover all Tracks and Sessions of iJS ’17

The full Program of iJS ’17 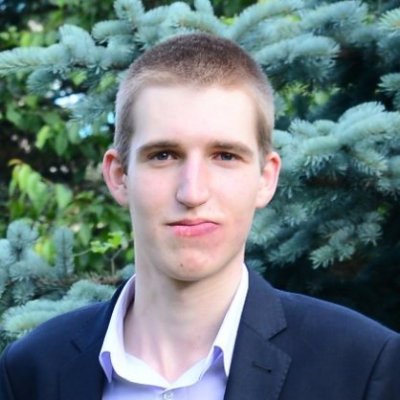 Kostadin Hamanov is Java & Oracle Developer at Dreamix, a bespoke software development company. He studies Software Engineering at Sofia University and he describes himself as a highly motivated young person who pursues his dream for professional success and personal development.