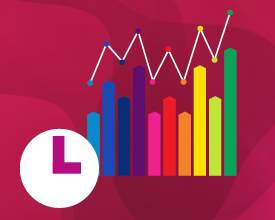 Statistics and other data mining approaches help us make sense of this treasure trove of information. As data requirements continue to evolve, we should expect that our analytical tools keep pace. In this article, we will explore how to use stdlib for calculating real-time statistics.

Today, more data is accumulated than ever before. Not only is data collected at an unprecedented scale (hence the term “Big Data”), but the data is also qualitatively different from what people are used to. Besides the changing nature of what constitutes data (comprising everything from numbers to text files to images to video streams), data is frequently collected in real-time in both high volume and velocity. Statistics and other data mining approaches help us make sense of this treasure trove of information. As data requirements continue to evolve, we should expect that our analytical tools keep pace.

Recent initiatives such as tensorflow.js demonstrate that the time is ripe for bringing statistics and machine learning to JavaScript and thus to the web platform. What is missing are the building blocks to build advanced functionality for statistics and data science more generally. This is one major reason why we are building stdlib, an open-source standard library for JavaScript and Node.js, with an emphasis on numerical and scientific computing applications (see the GitHub repository). As of August 2018, the library provides more than 2,000 functions for mathematics, statistics, data processing, streams, and other areas. It contains many of the utilities you would expect from a standard library.

Whole ecosystems of statistical tools and machine learning frameworks have emerged for various programming languages, such as Python, R, and, more recently, Julia. So why, we might ask, would access to comparable functionality in JavaScript be useful when we already have access to these other environments?

FIRST, server-side JavaScript (via Node.js) has expanded the use cases for JavaScript to become more data-focused (e.g., its use in database management and data processing). Especially for smaller teams without the resources to support a polyglot stack, the ability to run analyses and create visualizations with JavaScript when all other data processing is already performed in JavaScript means faster and more efficient development.

SECOND, having a strong JavaScript scientific computing stack enables novel types of applications that are generally subsumed under the umbrella term edge computing. The idea here is to bring computations back from the cloud to the edges of the network, i.e., end-users. For example, we might want to outsource server-side computations to a user’s web browser. Not only would such a change yield benefits in the form of shorter latency and lower server costs, but it also allows us to think of applications that would otherwise be infeasible. For example, we could build a tool which, given a user’s behavior on a website, predicts which webpage resources to load next. A user’s scroll behavior, search queries, and other UI interactions can all inform what assets to request next from a host server.

THIRD, JavaScript is everywhere: phones, tablets, desktops, embedded devices, and more. Especially in the case of web applications, as long as a device has a web browser, you can run JavaScript. No complicated installation and setup is necessary in order to run a web application which trains models, performs statistical analysis, or runs machine learning algorithms. A user only needs to open a URL, and downloading and executing a machine learning enabled web application happens automatically. This stands in stark contrast to traditional scientific computing environments which often have long and complicated installation and setup procedures. In short, JavaScript is an attractive environment for scientific computing and machine learning due to its ubiquity, approachability, vast developer community, and the amazing new types of applications that it affords by virtue of its being the lingua franca of the web.

In this article, we will explore how to use stdlib for calculating real-time statistics. A statistic is a quantity computed from a larger sample of observations (e.g., the sum of a collection of numbers). Historically, one or more statistics were calculated from static data sets. However, in today’s world, data sets are increasingly dynamic, coming in bursts or streamed in real-time. When data arrives in batches or in real-time, repeatedly recomputing statistics over an entire data set is not computationally efficient. Instead, one would prefer to compute statistics incrementally (i.e., value-by-value in sequential order). In the case of computing the sum, the solution is straightforward: we keep a running sum of all data points observed up to the current time, adding new values to the accumulated sum as they arrive. For higher order statistics, the calculations might become more complex, but the principle remains the same–employ algorithms for maintaining running accumulators–no matter what statistics should be calculated or what statistical model should be updated. To this end, stdlib contains a wide variety of functions for incrementally computing statistics.

If you are invested in the Web platform, you have probably looked at usage metrics for the websites you have worked on. To make things concrete, let’s walk through the steps of calculating statistics for the number of page views a website is receiving each second. Instead of using real data, we will use what is commonly referred to as Monte Carlo simulation (named after the Monte Carlo Casino in Monaco); i.e., we will generate hypothetical page view data using a probability model. One main advantage of using simulations is that we can see whether (and how fast) we recover the true parameters of our model.

Now that we can simulate page view counts, let’s compute some statistics! To incrementally calculate a running maximum and mean, stdlib provides maximum and mean accumulators, respectively, which can be used in the following manner:

And now that we’ve familiarized ourselves with how to use stdlib‘s incremental accumulators, let’s combine the previous snippet with our simulation of page view counts

You may notice that we modified our simulation by creating a “seeded” PRNG. Using a seeded PRNG allows us to generate a reproducible sequence of random numbers, which is not only important in scientific contexts, but also when testing and debugging your functions. The ability to create seeded PRNGs is one reason why you might prefer to use stdlib‘s PRNGs (randu, mt19937, and others) over the built-in JavaScript Math.random function.

Running the above code snippet should produce the following output:

In reality, one is unlikely to encounter data that can be perfectly modeled as Poisson data. A common check for assessing whether count data can be modeled by a Poisson process is to compare the mean to the variance, where the variance is a measure of dispersion, calculated as the average sum of squared differences from the mean. The rationale for this check is that a Poisson process’ mean should equal to its variance.

Running this snippet should yield the following output:

Given that our data is generated from a Poisson distribution, we should expect that the VMR gets closer to one the more data we accumulate, as is the case as shown above.
So what can we do with our probability model? One possibility is to create an anomaly detection system, such that we are alerted whenever we observe a spike in the number of page views. Such an alert might prompt us to provision more servers to handle the increased traffic or to investigate the anomalous user behavior to ensure we are not victims of a denial of service attack.
As a first pass page view anomaly detection system, we can use our model to construct a prediction interval, which is defined as an interval for which we expect X% of observed counts to belong. For example, in our case, we’d like to know the upper bound for observed counts in which we can be 99% certain that an observed count is expected and not anomalous.
In practice, this task is a bit more involved since the data has been used to estimate the rate parameter λ. But in our toy example, we know the true rate (λ = 30), and, thus, we can readily calculate an interval that will contain the next count with a specified probability. For a given probability p between 0 and 1, the quantile function of a probability distribution returns the value that a random variable will only exceed in 100(1-p)% of cases. For example, if we wanted to know the count upper bound which is exceeded less than 1% of the time, we’d evaluate the quantile function for p = 0.99.

For λ = 30, we can thus expect that we will observe page view counts which are greater than 43 only 1% of the time. If we believed a 99% threshold appropriate, we could then configure our anomaly detection system to notify us whenever the number of page views exceeds 43.

While this is a simple example, probabilistic models form the core of many modern predictive models. A few of these are already included in stdlib (including for the analysis of large datasets). If you are keen on exploring how to use stdlib to create a more robust anomaly detection system, several other aspects might deserve attention:

To recap: we explored how we can use stdlib to perform Monte Carlo simulations for generating synthetic data, to incrementally compute statistics over real-time data, to evaluate model fit, and to calculate various properties of probability distributions. From our accumulated knowledge, we showed how we could monitor page views on a website and create a basic anomaly detection algorithm. Hopefully, you learned a thing or two about how you can use JavaScript and stdlib for analyzing data in real-time and are as excited as we are for the future of JavaScript for data analysis and machine learning.

If you are interested in running the above code snippets yourself, see the following GitHub repository: https://github.com/Planeshifter/stdlib-realtime-statistics-code.

Sessions about Node.js at the iJS 2018 in Munich: 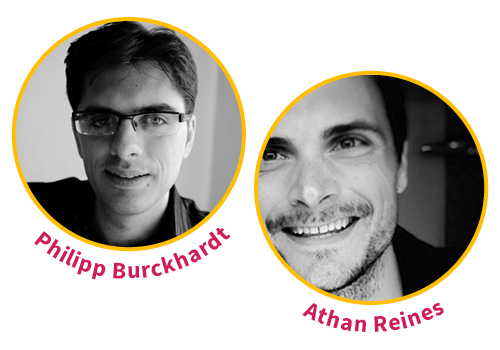 Philipp Burckhardt is a PhD Student in the joint Statistics & Public Policy program of the Department of Statistics and the Heinz College at Carnegie Mellon University. He holds a Master’s degree in Applied Statistics from the University of Oxford and a Bachelor’s degree in Economics from Humboldt-University. Some of his interests are the development of statistical methods for analyzing unstructured textual data, specifically from the health-care domain, and to develop platform-independent and browser-enabled statistical tools, to aid decision-making and make it easier to turn insights into action. For his dissertation, he is working on an e-learning platform for statistics education built on state-of-the-art web technologies (http://isledocs.com/). Together with Athan Reines, he is engaged in the development of a standard library for JavaScript (https://github.com/stdlib-js/stdlib). He has spoken at various international conferences on topics ranging from political science, health-care informatics to machine learning and software engineering.

→ First Words – How to get rid of a thousand Apps and regain your Voice
→ Analyzing Large Datasets with JavaScript and Node.js